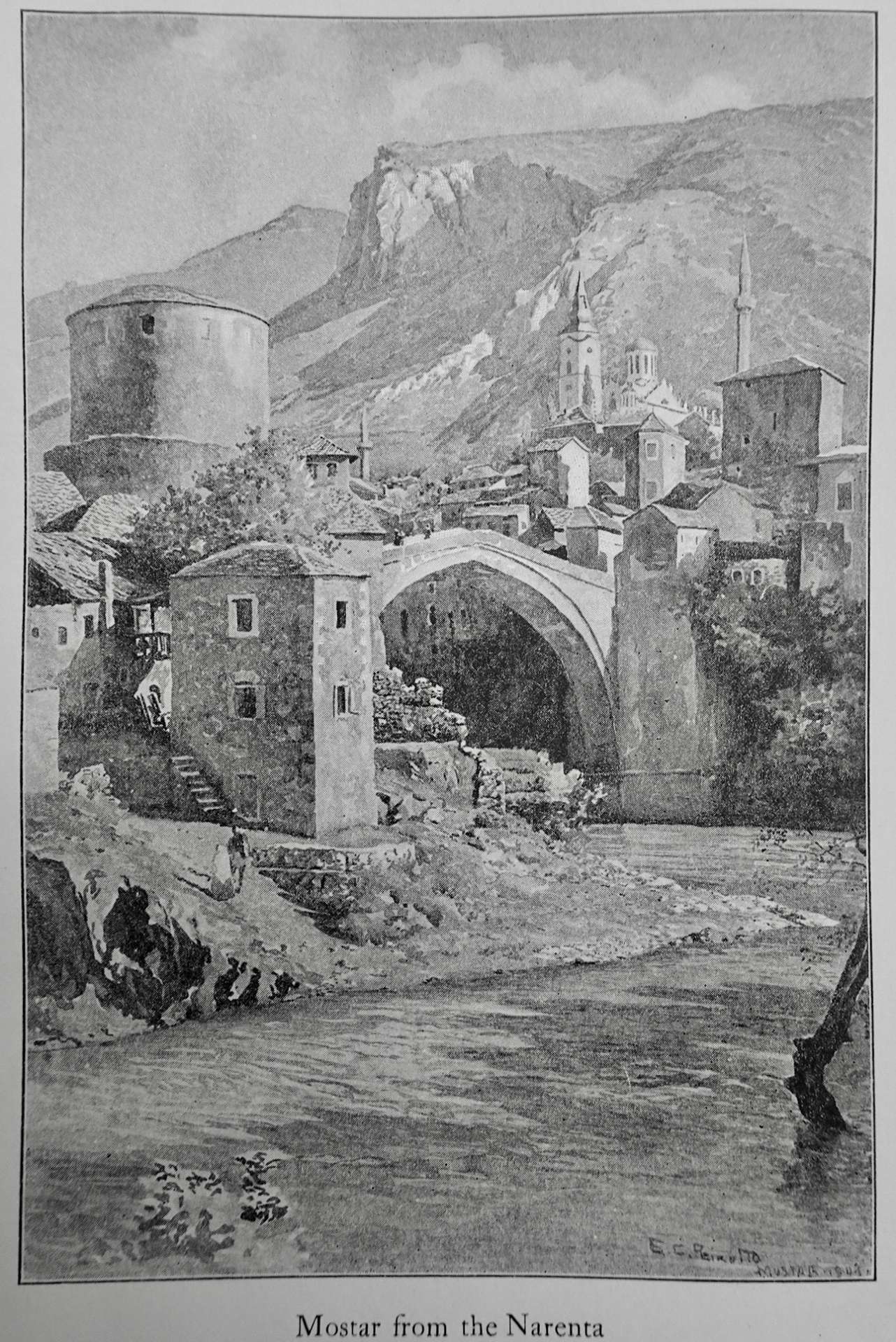 “As I lean over the rail, the blue, transparent sea suddenly turns yellowish and turbid. Looking up, I see that we have changed our course and are heading landwards, and in a moment we enter the mouth of a river, the Narenta. Its murky waters are confined by dikes, below which, as in the Low Countries, marshy fields appear, with here and there a pool reflecting, mirror-like, the trees and mountains. Miserable huts like those of Indians, built of cane, hug the dike-sides as though a bit of solid earth were needful to keepthem from floating away. Dingy, wilted hay-stacks surround them, and one wonders when the harvest was grown. Yet these fields, now partly inundated, yield fine crops in the summer. Vines flourish, even with their gnarled roots in the water, and fig and peach and cherry trees spread their branches among clumps of bamboo.

Cattle graze on the grassy embankments, and a shepherdess, twisting flax from her distaff, drones a minor melody. Close by the river bank natives paddle along in zoppoli - fragile boats made of very thin planks, placed at a wide angle, like the leaves of a half-open book; others skim by in trupini - skiffs so light that they can be carried on the shoulders from place to place, yet are able to hold heavy loads of hay, grain, and reeds. The river swarms with salmon-trout, and in the neighboring lakes famed eels and shrimp abound. Ducks and snipe breed in plenty, and the captain tells us that pelicans, herons, wild swans, and even vultures and eagles are still to be found.

Farther on the course of the Narenta follows the base of steep mountains fringed by whole villages of cane-huts clinging among the rocks. Cattle are imprisoned in stone enclosures, half cave, half barnyard, and miserable tailless chickens forage in the rock crevices. Groups of peasants huddle about the hut-doors or toss the chaff in dusty clouds from wheat and rye. For two hours the steamer ascends this narrow waterway - the channel never more than a ship’s length wide and just deep enough to clear the keel. The deck is like a moving platform high above the fields, where half-submerged grape-vines still struggle to keep their rotting branches above the water. After we pass Fort Opus the country becomes more commonplace, and at sundown we reach Metkovich” (pp. 92-94).